How much is networth of Chase Bank

CARVING AND MAKING MONEY BY WATCHING YOUTUBE VIDEOS ON THE INTERNET

Finding the Money you need for your business

TURNING PEDAL INTO A LOCK

Exercise to stop Worry: Living one day at a time 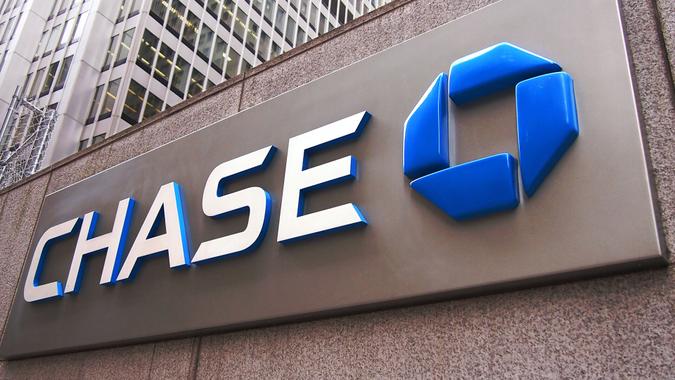 JPMorgan Chase is one of the largest banks in the world, commanding more than $2.6 trillion in assets. It is also the largest bank in the U.S. and as such plays a significant role in the country’s economy as a nexus for investing, trading and banking. Take a look at Chase’s market performance to help you decide if you should invest in the biggest bank in America.

A company’s market cap represents the aggregate value of its outstanding shares of stock. You can determine how investors assess a company based on the dollar amount at which its shares are trading.

As of Oct. 19, Chase’s share price is $168.57, giving the company a market capitalization of $498.175 billion. Chase’s market cap might reflect its strong consumer value as the country’s largest bank. Chase stock has been trending steadily upward since 2014, save for a steep decline during the pandemic, and it experienced an especially large jump in value between October 2020 and October 2021.

Although market cap gives you a clear sense of what the market values a company at, it is subject to change from prospective and current investors’ activity, resulting in hour-by-hour changes. The GOBankingRates Evaluation of company net worth, however, is a calculation based on more concrete, measurable figures like assets and revenue. It’s a more conservative valuation, taking into account only full-year profits and revenue from the last three years and the company’s assets and debts.

Based on Chase’s revenue and profits from the last three years, its net worth is over $495 billion.

Chase Is Bouncing Back From the Pandemic

Chase reported third-quarter 2021 earnings that exceeded analysts’ earnings and revenue expectations. The strong results were driven in part by Chase’s release of $2.1 billion in credit reserves due to an improved economic outlook, Jamie Dimon, chairman and CEO, said in a statement. However, Dimon acknowledged that the Delta variant of the COVID-19 virus and ongoing supply-chain disruptions have had a dampening effect

Despite those challenges, Chase reported continued growth, this quarter becoming the first bank to have branches in every state in the contiguous U.S., with over 200 of the 400 new branches planned by the end of 2022 already open. In addition, Chase has made a number of acquisitions recently, including a restaurant review service, college planning platform and three fintech startups, CNBC reported.

Chase Bank offers its members products such as savings accounts, certificates of deposit, checking accounts, a variety of loans and credit cards. Customers with Chase credit cards can get competitive perks along with their credit line, such as cash rewards and promotional 0% APRs, depending on creditworthiness. Additionally, the bank offers investment products as well as business banking services.

The company’s range of products and services combined with its mobile banking and payment options — such as Chase QuickPay with Zelle and Chase Pay — demonstrate how the bank is keeping up with its top competitors in terms of its offerings. It’s also exploring how it can be a fintech leader. In addition to its investment in fintech startups, JPMorgan Chase recently introduced its mobile app users to Chase Digital Assistant, an artificial intelligence-based tool that can answer account-related queries and respond to requests.

JPMorgan Chase CEO Jamie Dimon also sits on its board of directors. He graduated from Tufts University and received his master’s from Harvard Business School. Despite leading one of the largest banks in the world, he prioritizes JPMorgan “literally last,” according to a 2017 interview with CNBC’s “Squawk Alley,” while putting family and country at the top of his list.